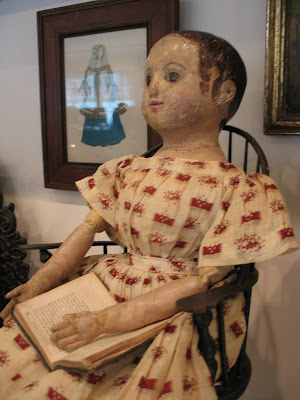 “Will I still be making Izannah Walker inspired dolls?” 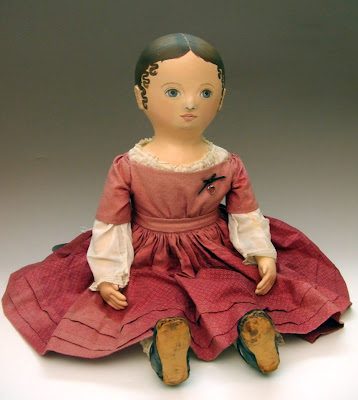 Helen Pringle doll
picture courtesy of Deanna Hogan
There is something to be learned from studying Izannah's work, just as painters learn by copying the works of artists who came before them such as Rembrandt or Michelangelo or Monet. In the act of trying to make a creation like those who come before, we learn something. Doll makers who have quoted Izannah Walker in their work include Martha Chase, Helen Pringle, Edyth O'Neill, and Judy Tasch a decade or more ago. 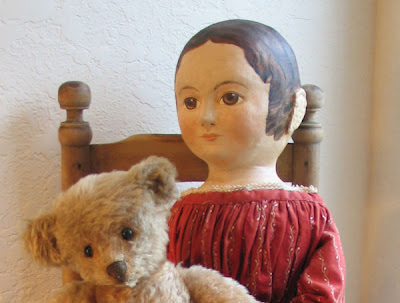 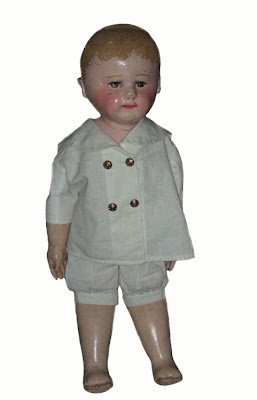 Martha Chase doll
Martha was inspired by her childhood doll
made by Izannah Walker.

These artists have elements of Izannah's techniques or painting styles in their work. Many of us have more recently made Izannah inspired or Izannah reproduction dolls. I won't try to name all of us who have made Izannah inspired dolls because we are quite a throng. Some really wonderful dolls have come about as a result of trying to understand and emulate Izannah's work. 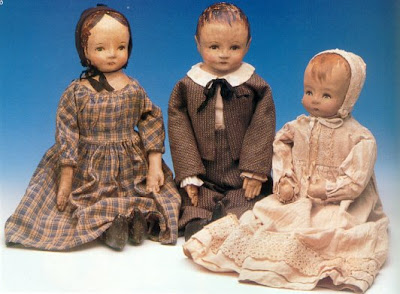 Judie Tausch dolls,
Doll Reader photograph
Methods of approaching an Izannah Walker inspired doll have included making all cloth oil painted dolls, photo face dolls which have a photo print of an Izannah doll on a cloth base, dolls with stiffened masks, dolls made with paperclay, dolls made with paperclay and a stockinette cover, and now using a direct mold of an Izannah Walker doll. All of the attempts have been at the least interesting and at the most marvelous.

As artists have made dolls, some have wanted to make a doll which looks exactly like an Izannah doll, and others have been more interested in using Izannah's exact methods. All of the works up till now will fall somewhere on the continuum of being an exact copy of the original to being inspired by the original.

Exact Copy of Original ----------------- Inspired by Original
Making copies of old dolls is nothing new. If the artist is up front and not trying to pass off the work as an antique original, it's quite legitimate in the doll-making world. When I emailed Edyth O'Neill this article for her thoughts she replied,

“Thousands of molds have been taken off old china and bisque dolls and some papier mache's too. When anything becomes really valuable it is a target to reproduce, anything from rocking horses to quilts to pressed glass. Dolls are surely no exception! Reproduction Izannah dolls fill the same need as do the reproduction Bisque A T's or the Reproduction Bru's. Collectors who would love to have an original Izannah Walker doll but feel they cannot afford one, may opt to purchase one of these reproduction ones instead. Emma Clear used to make molds from the old dolls as well as from her own sculpts. Mildred Seeley built a whole business on selling supplies and molds for reproduction dolls. “

Izannah herself used molds and we don't know what the original molds were made from – her own sculpt, another artist's sculpt or perhaps an early antique doll she owned? Elaine McNally commented that using a direct mold of an original Izannah doll is a 3D version of those who have made “photo-face” dolls. While Kathy Patterson's Izannah heads are molded from the original Izannah Walker dolls, she paints the molded heads herself. The end result is a doll that closely resembles the originals. No doubt about it, this does raise the bar for artists trying to make a doll which looks like an Izannah doll.

So now I come back to the question of “Will I still be making Izannah Walker inspired dolls?” Of course I will, just as I always have done since beginning doll making. And here are my reasons why:

1. I find pleasure in making an Izannah Walker inspired doll. My purpose in making an Izannah inspired doll isn't only to make a likeness of one, but to think about the character of the doll maker. Izannah Walker is a kind of icon for me, because I see her as woman who achieved a lot of things in an environment that wasn't a level playing field for women. This inspires me.

2. I personally still have something to learn in the making of an Izannah Walker inspired doll. I sculpt my dolls by hand, and part of the challenge for me is to see how closely I can get to the feeling of the original Izannahs in my own sculpt. I've learned a lot through attempting this. 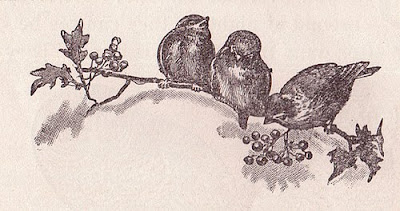